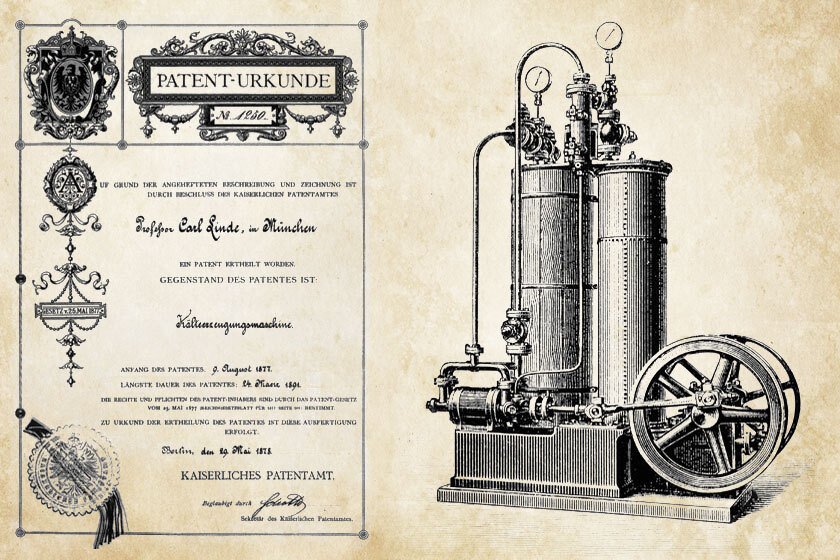 You and your friends have been making beer together for a few years, and you think you’re ready to take it to the next level. At Sask Valley Refrigeration, we understand the importance of refrigeration in building the craft brewery of your dreams.

The history of cooling beer is fascinating

Before the advent of modern refrigeration, people used all kinds of methods to try and prevent the development of bacteria in beer. Even with these measures, beer had to be consumed as soon as possible, as growing bacteria spoiled the beer within a few weeks. The various methods of cooling beer, such as caves, cellars,  and laboriously collected ice blocks, were all ways that breweries attempted to brew more beer in more seasons.

We love the way that beer and refrigeration have gone hand in hand. At its simplest, refrigeration comes from the necessity of moving heat in order to keep it at an optimal temperature. While the principles of refrigeration have been long understood, it was beer that prompted the first commercially successful product. In the 19th century, inventor and engineer Carl Von Linde invented the first viable refrigeration unit that we now take for granted. This unit was developed with extensive funding from the Spaten Brewery in Munich. At the time, Bavarian brewing laws strictly prohibited summer fermentation, as the heat produced both noxious gases and terrible flavours. Von Linde’s legacy still exists in the successful commercialization of vapor-compression refrigeration systems, especially for the brewing tanks themselves.

Why do you need refrigeration?

Brewing beer is a complex exothermic process; the process of fermentation creates immense heat, and unchecked, this can remove flavour and even kill the yeast before it’s completed, ruining your hard work. Each strain of yeast has specific temperatures it can tolerate and an even narrower range for the beer it produces to taste perfect ––and we know that you can’t compromise quality and flavour. Further, refrigeration is needed to allow beer the time to develop complex flavours such as hops in an IPA. Luckily, modern refrigeration allows us to have more fun with less risk.

Storing beer after it is brewed also relies heavily on refrigeration, even a few hours at warm temperatures can make a beer fall flat, especially the commonly unpasteurized beers brewed by smaller breweries. A walk-in cooler will be essential for storing kegs, bottles, and cans; we are experienced in installing a beer specific cooler that  will allow us to run lines of delicious chilly beer to your taps.

Don’t forget the grab-and-go! We have a number of display fridges for your taproom to show off the bottles and cans you have available. Even beer that is bottled and canned still needs to have the temperature maintained at ‘just right.’

Your local microbrewery will be covered with preventative maintenance

Beer can be spoiled both by being too cold and or with exposure to too much heat. At Sask Valley, we understand that temperature will play a leading role in the quality of your creations. Preventative maintenance programs are designed specifically for your needs and budget, so that you’re not left in lurch with a system failure.

We are proud to serve both rural Saskatchewan and Saskatoon. Our passion is providing you with expert service for your refrigeration needs, whether you are a small or large business. We are a locally owned business dedicated to quality and expert service.

Give us a call today to see all our available options for starting, or upgrading, your microbrewery. We are proud to offer 24 hour service and preventative maintenance to keep your business out of hot water.  Go ahead and share some cold ones, we’ve got you covered.